Self doubt truly is the enemy of writers. I imagine this is true for many creative types. I know that I’ve spent a lot of time thinking about just how good or bad my work is. Is it really worth reading? Am I just kidding myself about this whole writing thing? But, this is poisonous thinking. Let me give you an example.

While Frostwalker is in continuing edits (more on this later), I’ve been focused on short stories. The current project is a short tentatively titled A Man With A Gun, a near-future sci-western with dystopian overtones. I had been working on this one for a week or two when, for reasons I don’t fully know, I just stopped. My motivation had evaporated. Lack of motivation is another enemy we have to face, but that’s a topic for another time.

For I while I tried to focus on the work, but there was always something else that was easier to do. We tell ourselves that we don’t have the time, but we all know that’s a lie. It wasn’t that I was busy – I simply wasn’t making the time to work on the story. We always have to make the time, because writing isn’t generally something you have to do. It’s not a part of your daily needs (or, at least, it isn’t one of mine). You have to eat, deal with your day job, wrangle the kids, and so on. But, you make time to do the other things. You make time to read. You make time to watch TV. You have to make time to write, even when you’re not feeling it.

The last time I had worked on A Man With A Gun was the day back in early September when the wonderful (and prolific) Rebecca M. Senese used shame and playful intimidation to get me motivated. I thought I was getting back into it, but instead, I faltered again.

The course of the poison is something like this: First, it’s a matter of “I’ll do it later today,” but you don’t. Then, it becomes “I really should get back to working on that story,” but you don’t. In a week or two, it’s “I should work on that, I guess. I need to finish it someday,” and then you ease your conscience by switching off your brain in front of the TV. Soon the poison is running deep and strong in your veins, whispering “You know, maybe that story just isn’t going anywhere,” and soon you think, “That story really is terrible, I should just scrap it and start something I actually like.”

At this point, the reality of the work is irrelevant. Maybe it’s garbage, maybe it’s a masterpiece, but you haven’t seen the actual manuscript in weeks or even months, so the truth is you have no idea. But it’s your own work, you say, you should know intimately about such a thing. Stop and think about that for a moment. When has any writer ever known the true quality of their work? We never know if it’s any good or not. Not really. That’s why we’re so needy, that’s why we wring our hands and try desperately to find people to critique our work. We need that validation, because we’re adrift. We have no idea if our work is any good or not. We know well enough not to trust our own eyes, for better or worse.

But, while it’s healthy to be aware of how close we are to our own work, and to know that our own judgement is suspect, the subtle venom of self doubt takes things beyond that. It tells us that we’re right, we shouldn’t be working on that story. We have better things to do than work on a story that sucks anyway. We should just scrap it. Maybe drop the whole silly notion of being a “writer”, whatever that means.

However, you can fight the poison. Sometimes, it can be neutralized. How? By proving it wrong.

This morning, I decided to open the manuscript for A Man With A Gun. I didn’t know if I would do any writing. Maybe I’d just toss it in the “Dead Ends” folder I keep among my writing projects. Maybe I’d see if it was salvageable. In any case, I couldn’t decide what to do with it until I’d read it in order to get some idea of what was actually there.

Turns out, it’s really not that bad. Surprisingly entertaining, at least, to me. Some of it might even be quite good. Better yet, when I got to the end, I was ready to work on it. A thousand newly-penned words later and it was clear that it’s a decent story and it’s going somewhere. I still don’t know where that place may be, but I intend to find out!

I won’t say that you shouldn’t let self doubt enter your mind. If we’re honest with ourselves, we already know that self doubt has quite a cozy little nest in our heads and you can’t keep out something that lives on the inside. What I will say is this: Be on your guard. Be watchful for when the serpent of self doubt leaves his lair. You can’t stop him from trying, but you can watch for him and know when he’s moving to attack.

So what about that update? Honestly, there’s not a lot to report.

As I mentioned above, editing continues on Frostwalker. I still don’t have all of the feedback from one of my editors, and until I have that it’s on the back burner. Some of you may have noticed that I’ve updated my bio, changing the expected release for Frostwalker to 2013. At this point, I’m hoping for Spring. Time will tell!

There are also the two short stories I’m shopping around. Good Guys, which is a rather short vignette involving a disturbed man chasing a victim, and The Card, which features what I’ve been calling a “poorly behaved tarot card”. I’m not entirely sure, but I may decide to release The Card myself, if the current market declines it. Alternately, these stories may end up as part of a collection of short stories someday. If you have an opinion on this, please feel free to share it in the comments.

Lastly, work continues (finally) on A Man With A Gun. I don’t know yet how long it will be when finished, but it looks like it will be substantial. I doubt it will be anything like a novel, but it’s possible that it will push into novella range. More likely, it will be something like a lengthy short story.

As an aside, I know that there are some who are hoping to see a longer version of Out After Dark. As I’ve mentioned before, there is a longer version that I’ve been working on. It’s kind of a pet project that I’d like to see become something more someday. It’s still only at 14,000 words and I haven’t worked on it in quite a long time. But, maybe someday…

10 responses to “A Word On Self Doubt – And An Update”

Subscribe to my email newsletter to be notified of new releases, special offers, and other goodies! 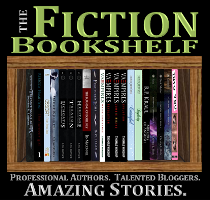