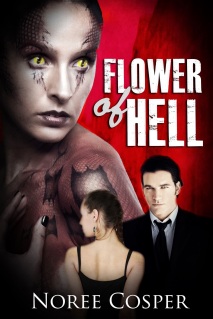 Title: The Flower of Hell

A Short Story in the Van Helsing Organization Series
Author: Noree Cosper
Genre: Urban Fantasy/Paranormal Romance
Release Date: 2/14/14
Cover Artist: Rebecca Hamilton
Originally part of the Paramourtal Anthology, this short story is being rereleased on its own. Get a chance to learn more about Gabby and how she became involved with the Van Helsing family.
Gabriella devoted her eternity to carrying out her vengeance against demons. As she pursues her latest prey she stumbles across another hunter. To Gabby, Dimitri is an unneeded distraction, but he attracts her like no other man has for centuries. Will this hunter unlock the feelings she’d buried long ago or will he just open her up to more heartache? Can Gabby protect both of them from the demon stalking the Paris streets?
The Flower of Hell is out now!
Grab your copy today! 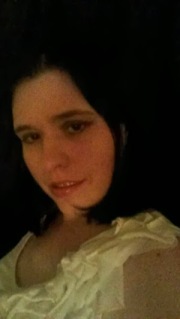 Noree Cosper loves writing about magic in the modern world. While growing up in Texas she constantly searched for mystical elements in the mundane. She buried her nose in both fiction and books about Wicca, Religion, and Mythology. Everyday became an adventure as she joined a group of role-players, acting out her fantasies of vampires, demons, and monsters living in the world.
She embraced her nerdom wholeheartedly.
Noree grew, but never left her love for fantasy and horror. Her dreams pushed her and her hand itched to write the visions she saw. So, with her fingers on the keys, she did what her heart had been telling her to do since childhood. She wrote. 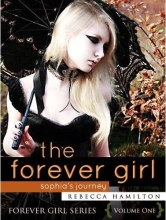 The Forever Girl, by Rebecca Hamilton

Those of you who follow me on Twitter or Facebook have no doubt seen my posts about just how great a read The Forever Girl was. As someone who doesn’t usually read that genre, it was a departure for me. The fact that I was sold on the first chapter and then loved the book in full should be a testament to the wide appeal this book offers and the compelling ability of the author, Rebecca Hamilton.

Today, I have a special treat for you! I asked this talented (and busy) lady to take the time to answer a few questions for me and my readers and she graciously consented. I’m very pleased to present this brief interview with Rebecca Hamilton. I hope you find it as enjoyable to read as it was to conduct! END_OF_DOCUMENT_TOKEN_TO_BE_REPLACED